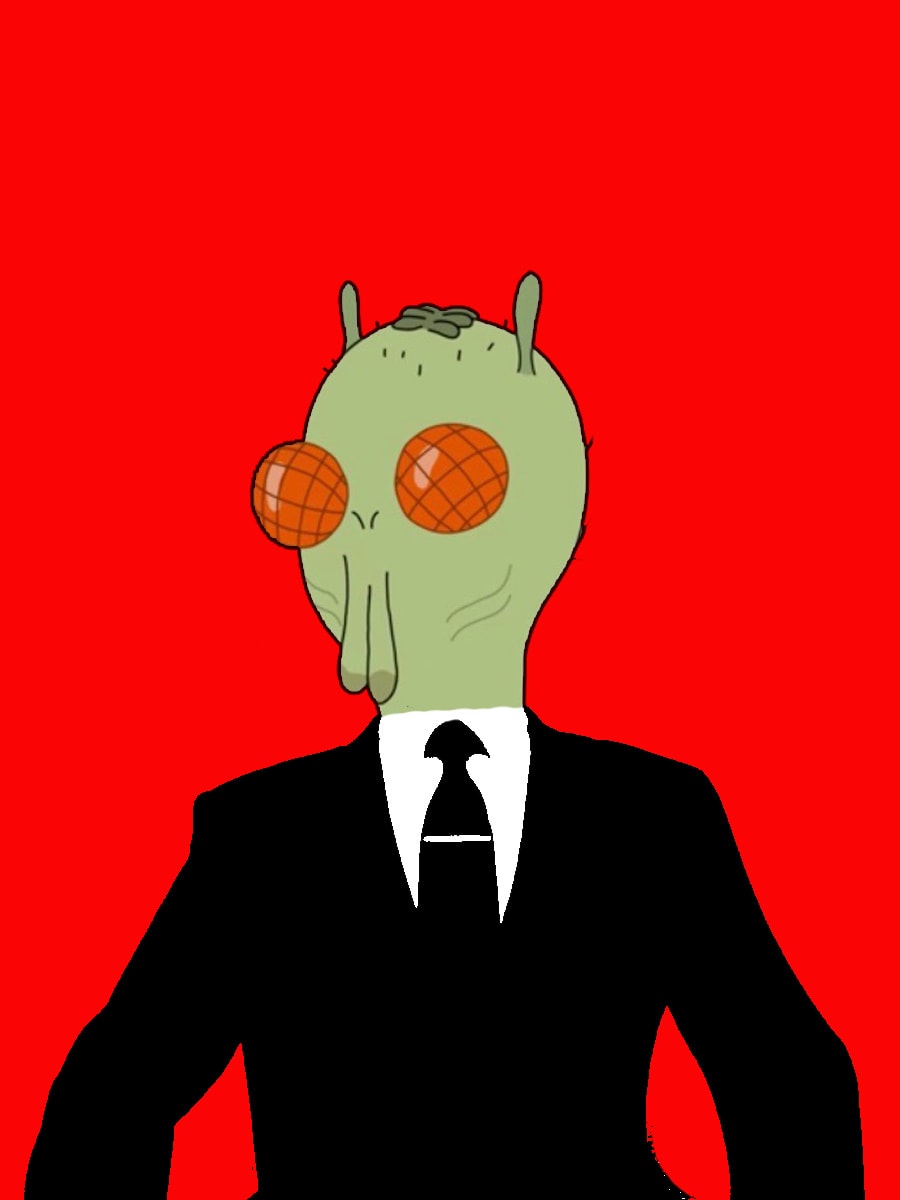 “Wow! This sauce is fucking amazing! You said it was promoting a movie?”—Cornvelious Daniel to Rick Sanchez

Cornvelious Daniel was the Galactic Federation agent tasked with obtaining the formula for inter-dimensional travel from Rick Sanchez’s brain. He is voiced by Nathan Fillion. In The Rickshank Rickdemption, The Galactic Federation used a machine called the Brainalyzer  to send Daniel inside Rick’s brain to gather information about Rick’s Portal Gun. Daniel succeeded in convincing Rick  to show him his memory of him inventing the Portal Gun, which also included Rick’s wife, Diane, and their daughter, Beth, are killed by a bomb. Daniel scanned what he thought was the formula for the Portal Gun, but actually sent a virus the mission control which gave Rick full control over the Brainalyzer. As Daniel was explaining that it wasn’t possible since details of memories can’t be altered, Rick revealed that the memory they just witnessed was completely fabricated by him. Rick then transferred himself into Daniel’s body and began his quest to destroy the Galactic Federation. Daniel’s consciousness was left behind in Rick’s body as a result of Rick’s stealing his own, and was presumably killed when the Brainalyzer was shut off; if not, he most certainly meets his end when Seal Team Ricks besieges the Galactic Federation HQ and assassinate “Rick”.