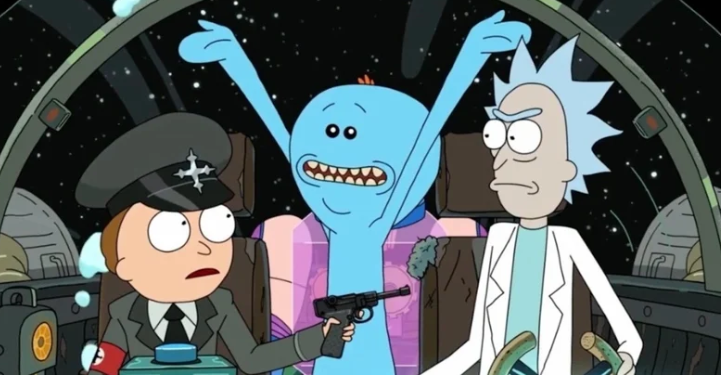 Season 4 of Rick and Morty kicks off with quite a bang as Morty accidentally killing Rick on a mission to Forbodulon Prime to steal some Death Crystals for the black market. This leads to the Operation Phoenix protocol Rick put in place a couple seasons ago being activated, allowing Rick to be cloned, except this clone wakes up in a different reality once Rick dies.

What ensues as the respective clones try to find their way home to the main Rick and Morty reality, however, basically confirms this project is definitely the universe’s most dangerous weapon.

Operation Phoenix first popped up in the second season, allowing Rick to transfer his consciousness into a clone called Tiny Rick so he could pretend to be a teen in high school to hunt vampires. The real Rick ended up taking Morty and his sister, Summer, down into the lab at the end of the episode and slaughtered the rest of the clones after realizing the process would drive them mad. He deemed the operation a failure but as we see here, he secretly kept it running and now, it’s what revives him, in the vein of Edge of Tomorrow — the tagline of which was “Live. Die. Repeat.”

The episode title confirms this reference: “Edge of Tomorty: Rick Die Rickpeat,” except, unlike the movie which starred Tom Cruise dying and reawakening in the past in a galactic war, every Rick clone wakes in a messed up reality. Now, all this could be avoided if Morty just clones Rick using the DNA he took from his grandad on Forbodulon Prime, but he doesn’t want to as he knows Rick being alive will divert him away from his destiny of dying with his crush, Jessica, at his side. And so, the emergency protocol activates with the first Rick awakening in a fascist reality. He’s taken prisoner by Fascist Morty, who puts a bullet in Fascist Rick, all to teach new Rick a lesson. But as they embark on a cosmic trip, they fight in their iconic spaceship and end up in the cold vacuum of space, floating dead.

The next Rick wakes up like a shrimp, but he too runs into a fascist world. Shrimp Rick dies there, with Teddy Bear Rick then committing suicide upon his activation in another Nazi world. It seems no matter what, this program always lands Rick in an evil society, that is, until Rick wakes up like a wasp in a reality where Wasp Rick, Wasp Morty, and their family are all normal. Rick 2.0 realizes it’s an anomaly and Wasp Rick helps him get home, saving the mainstream Earth from the holographic Rick that was left behind to goad Morty into the proper cloning process.

This means if Rick or someone wicked wanted to, they could visit these worlds, form vile alliances, and bring them over to the mainstream reality. Rick always wanted to perfect the tool for good but he’s clearly in shock as it turns out to be a weapon that leans towards evil through these Nazi realms. Still, the fact he doesn’t destroy or decommission the project at least shows he recognizes its potential and could keep experimenting on it, which may well doom the galaxy in the near future.