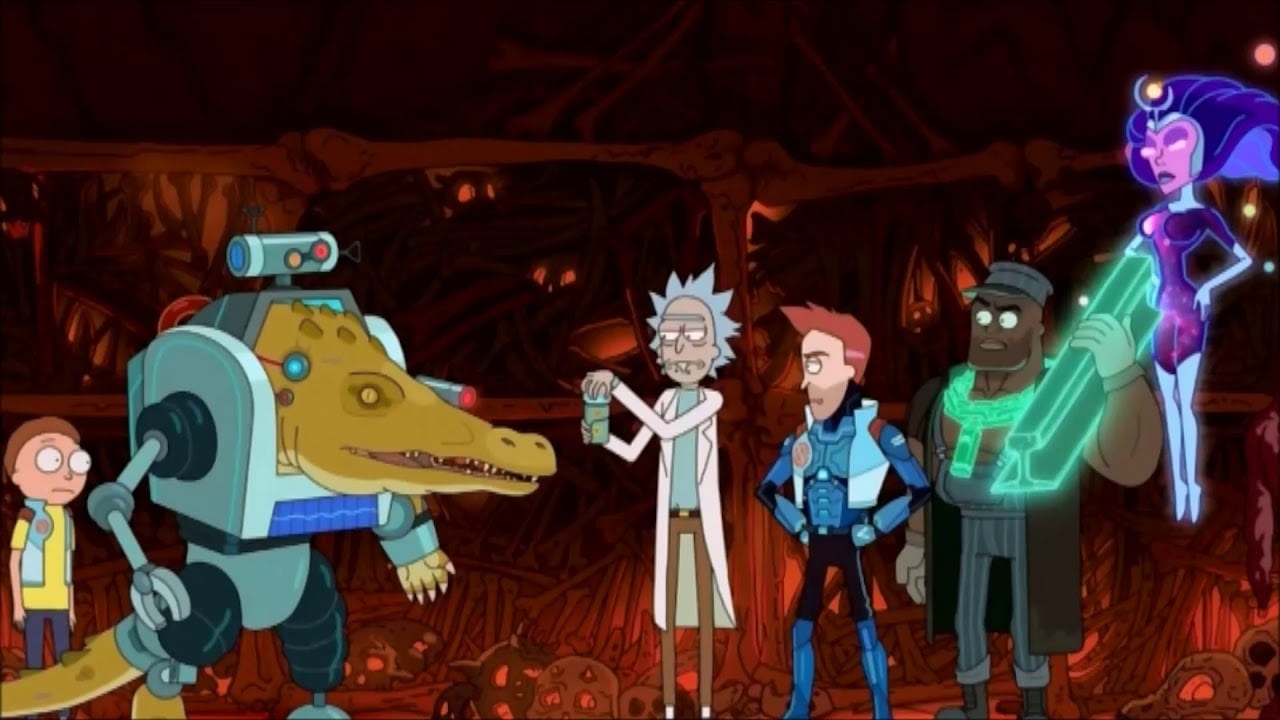 You may not know, when writing the screenplay, Dan Harmon always adheres to the “The hero journey” rule. The hero journey is divided into 8 parts, including:

B1: A hero is just an ordinary person, living a simple life

B2: That hero wants something

B3: Go on the road to find the things you need

B4: Find that object

B5: Get that thing

B6: Pay dearly for your choice

B7: Return to familiar situations

B8: They change to overcome challenges.

But in Vindicators, the story deviates from that rule.

But in Vindicators, the story deviates from that rule. Morty has changed too soon, instead of having to learn a bloody lesson for mistakes, Morty immediately understands the purpose of the traps Rick created so throughout the 1/3 story left, no there is a problem, Morty just keeps going along the storyline. He was forced to think of Rick’s view and not change his mind. The Vindicator, too, right from the beginning of the film, according to Rick’s words, we learned that even the superhero group is just a big empty box. Take Morty Night Run as an example, we see the true nature of the cloud is only really revealed through the end of the movie. This makes viewers feel depressed when Vindicator bickers in less than a challenge. It should have been a better story if Vindicator was really a good person and Rick had to change his mind instead of “Rick always right” as usual. Since then, the movie has become too predictable, causing viewers to lose interest in the episode.