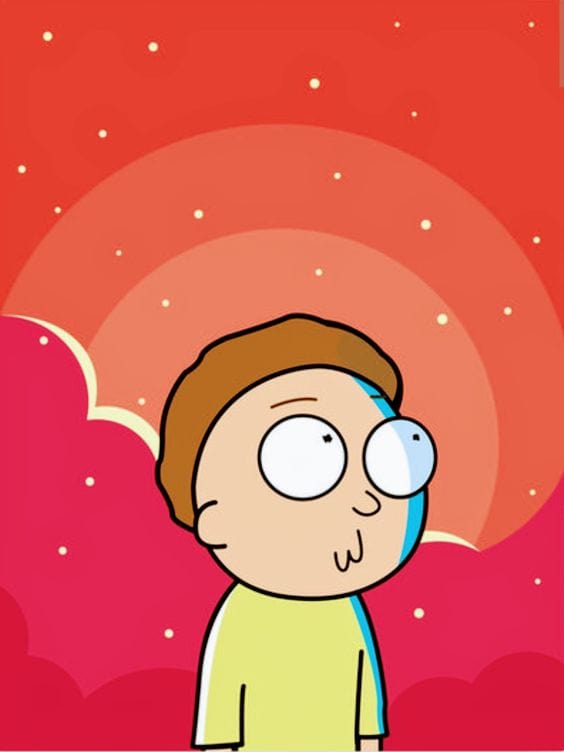 Morty Smith is one of the title characters from the Adult Swim animated television series Rick and Morty. Created by Justin Roiland and Dan Harmon, Morty is an anxious 14-year-old teenager based on Marty McFly from Back to the Future. Known for his awkward, anxious, low self-esteem, second-guessing, and doubtful personality, the character has been well-received. He is the good-natured, and impressionable grandson of alcoholic mad scientist Rick Sanchez who can be somewhat easily manipulated.

Morty is 14 years old and is a student at Harry Herpson High School along with his older sister Summer. Morty seems to to be suffering from anxiety and is easily stressed, largely as a result of traumatic experiences during his adventures with Rick. He is often dismissed as idiotic by Rick and others, but is shown to be wiser than his grandfather in terms of understanding people’s feelings, and is capable of explosive anger and moral outrage in objection  Rick’s attitude and actions

Morty is a young teenage boy. He has short brown hair that he wears straight and neatly combed around his head. Morty’s head in around and roughly in the shape of a circle, unlike many other characters in the show. He wears a yellow shirt, blue pants, and white shoes. He has a pronounced stutter (even when calm) and his voice constantly breaks due to the effects of puberty.

Morty is a young, good-natured, and impressionable boy who can be somewhat easily manipulated. He has been described as ‘challenged’ and has difficulty in school. He also has a pronounced stutter. Despite his apparent lack of intellect, Morty has shown to be a good listener and follows directions well. Morty may sometimes act spineless, but he has shown bravery and quick-wittedness in the face of adversity, such as leading the extraction effort out of Anatomy Park and using a pair of grappling boots to escape the guards in Intergalactic Customs. Morty is also quite responsible for his age, refusing to kill an alien child in the episode “Raising Gazorpazorp”.

Despite his malleable nature, Morty has the strength to be able to stand up to Rick. In the episode “Meeseeks and Destroy”, Morty directly calls out Rick on his cynical nature. He leads his own adventure with the direct goal of helping villagers. His malleable nature makes him echo Ricks words and speech, especially after Rick insults Summer, though he has a tendency to become hysterically upset at her.

Read more : Facts About Rick Sanchez You May Not Know